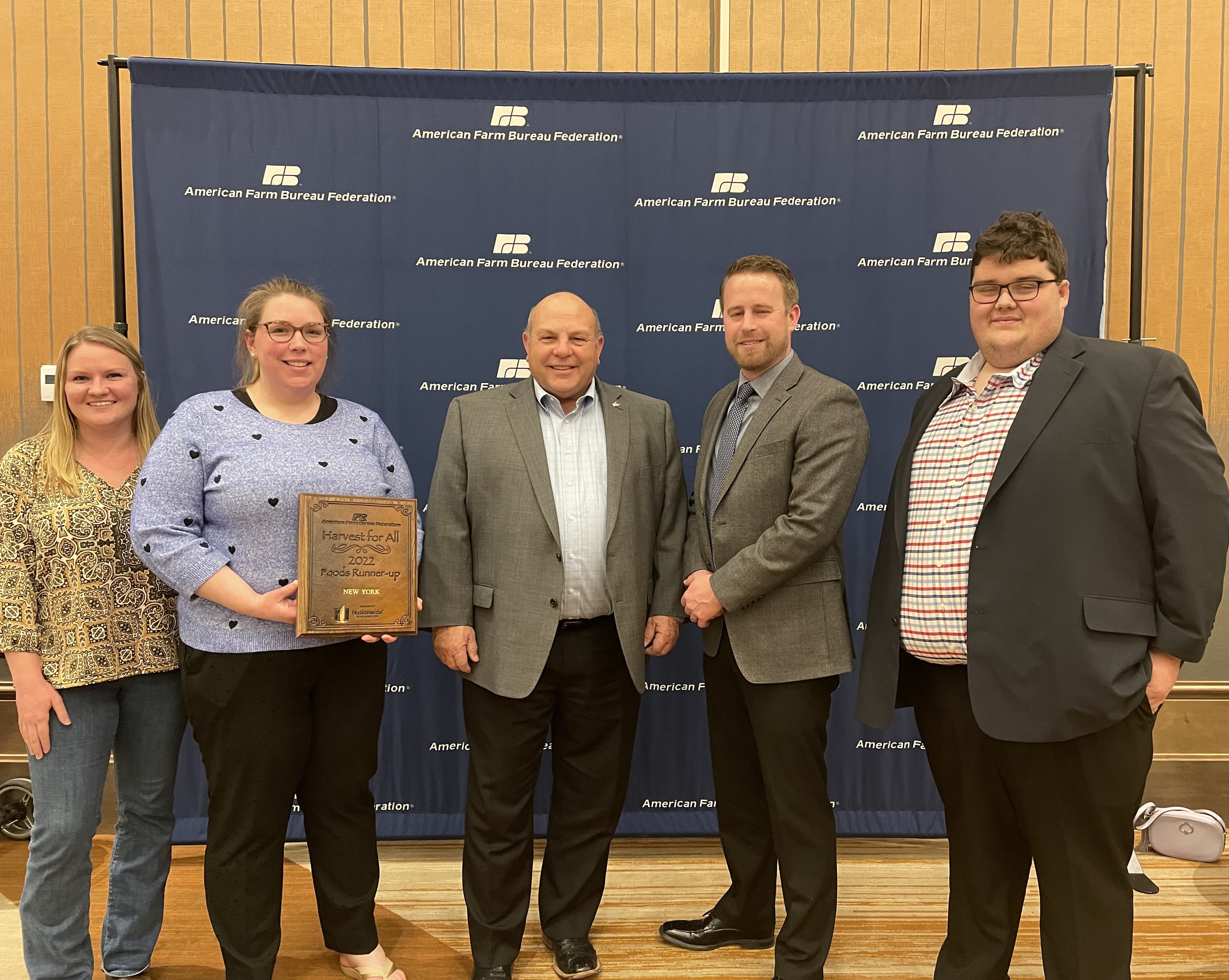 New York Farm Bureau members donated 5.7 million pounds of food to regional foodbanks across the state in 2021 through the Harvest for All program.  The number was announced this month at the annual American Farm Bureau Federation Young Farmers and Ranchers (YF&R) Conference in Louisville, KY. That was the second highest donation total in the country for 2021, behind Florida.  NYFB was awarded $250 for its effort which will be donated to Feeding New York State.

In addition, NYFB’s YF&R program also was recognized for its 180 hours of volunteer service and for collecting $3,080 in food bank donations last year. Criteria for tracking Harvest for All donations included dollars and pounds of food donated by state and county Farm Bureaus, as well as volunteer hours, reported from the grassroots up as part of the annual campaign.

Christina Kohler, New York Farm Bureau Young Farmers and Ranchers Chair, said, “New York’s farmers continue to help their communities and people in need all across the state. It was challenging for everyone last year, but the giving spirit is alive and well on our family farms.”

In the past 16 years of the Harvest for All Program, farms in New York have given around 120 million pounds of food to support the work by the regional food banks in our state. That translates into more than 90 million meals.

Dan Egan, Executive Director of Feeding New York State, said, "All of us who serve in New York's food banks are deeply grateful to our farm partners for their donations of healthy, fresh food. The last two years have been exceptionally difficult, but New York's farm community continued its tradition of generous donations. I have seen people standing out in the coldest winter weather waiting eagerly to get this good food for their families. We could not provide this food without you. We at Feeding New York State thank you from the bottom of our hearts."