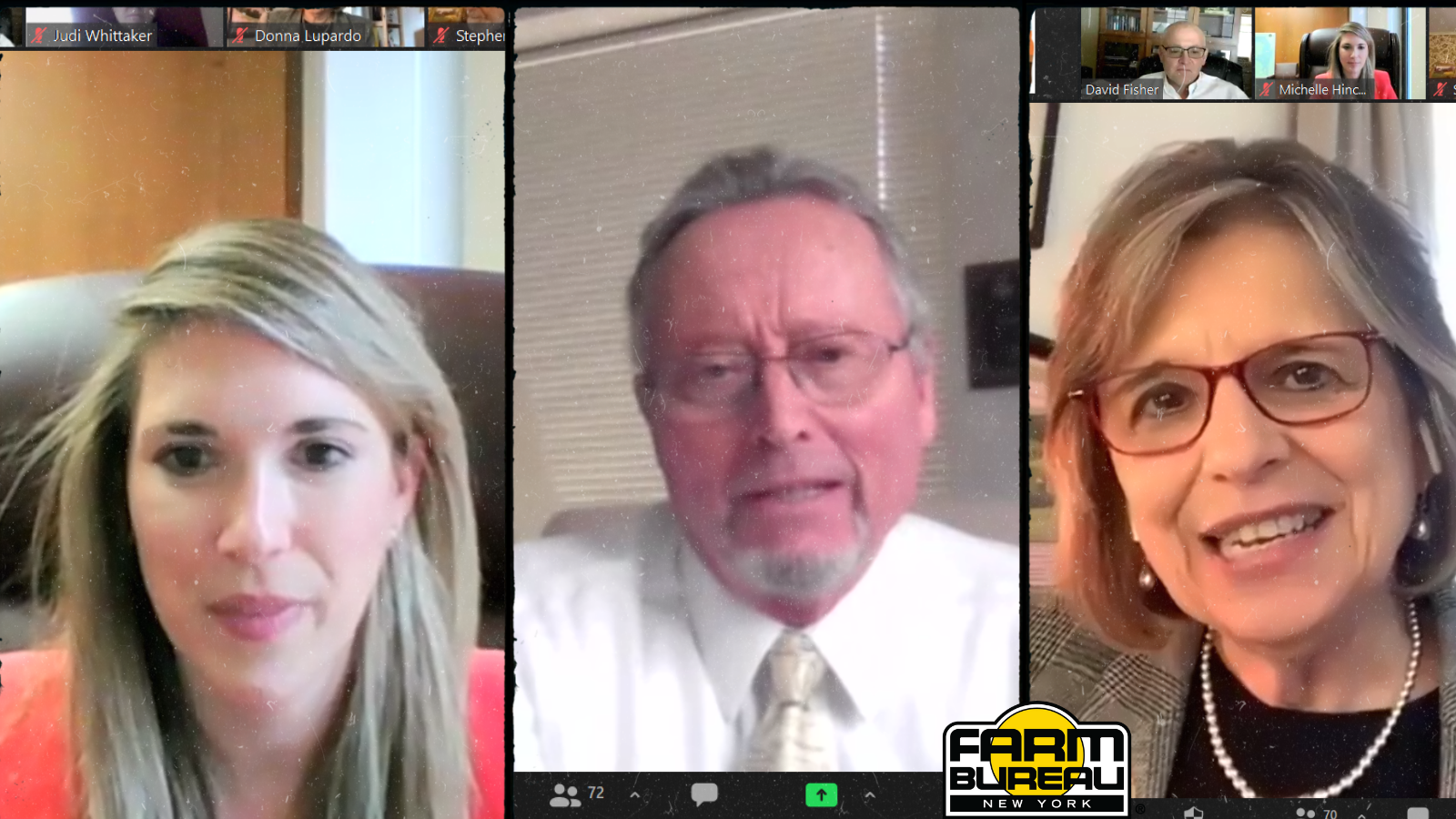 New York Farm Bureau wrapped up a successful Lobby Days week where members met virtually with more than 100 New York State Senate and Assembly lawmakers and staff. Members of its 52 county Farm Bureaus held meetings with the legislative offices throughout the first week of March to review the organization’s public policy priorities for the current session. The virtual meetings were with both the county Farm Bureaus' local representatives as well as their adopted lawmakers from New York City who have little to no farming in their districts.

The week-long event replaced the in-person Taste of New York reception and lobby day held each March at the Capitol in Albany. This year, members still participated in a leaders’ briefing that included Richard Ball, the Commissioner of Agriculture and Markets, along with the chairs of their respective Agriculture Committees, Senator Michelle Hinchey and Assembly Member Donna Lupardo. In addition, NYFB’s executive committee met with Senate Majority Leader Andrea Stewart-Cousins and members of Governor Cuomo’s staff.

The NYFB priority issues include full funding of numerous agricultural programs in the New York State budget that fund marketing, research, conservation, and animal health programs. Members also discussed the importance of making farmworkers eligible for the COVID-19 vaccine, access to fast and affordable broadband, a renewed focus on science-based policy making, and farm labor laws that will support both farms and farmworkers.

“Lobby Days demonstrated that New York Farm Bureau has not missed a beat in advocating for our members during this pandemic. We held substantive discussions with policy makers in Albany, and we will continue to make the case this legislative session for the need to expand opportunities for agriculture and to support our state’s food system,” said David Fisher, New York Farm Bureau President.