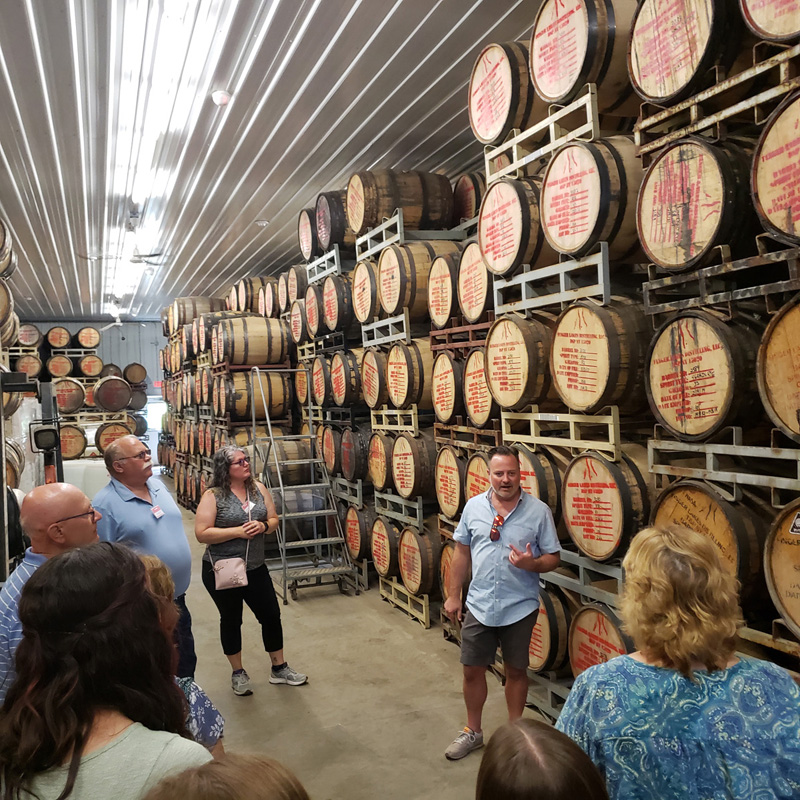 The New York State Ag Society recently held its summer board meeting at the Food Bank of the Southern Tier in Elmira Heights in Chemung County. In addition to the meeting, board members, guests and their Ag Ambassadors volunteered time at the food bank. The Ag Ambassadors, a group of young ladies interested in the ag and food systems world, also had a chance to spend some time with Dave Patterson, of the Food Bank, and yours truly, to discuss our jobs and today’s working world. Day one concluded with a tour and dinner at the Corning Museum of Glass in Steuben County.

Day two consisted of farm tours in Schuyler County, where the group visited Bergen’s Glenview Dairy outside of Odessa, where host Jeremy Bergen showed them around their facility which includes a 60-cow rotary milking parlor and spoke about their business including their cropping, labor, and diversification of their markets to stay ahead of the curve. This was followed by a visit just down the road to Sunset View Creamery.

Founder and owner Carmella Hoffman, along with second-generation owner Jess May Hoffman, spoke about the challenges that led them to make cheese, open their farm store, and how COVID actually helped propel them into the future. Jess also spoke about her agritourism initiatives, which include cow cuddling.

The final visit was at Finger Lakes Distilling in Hector, where owner Brian McKenzie talked about everything liquor, which included a tour of the facility, involving their cellar that holds their mash tanks and several types of stills, and their barrel room where the aging process comes in to play, mainly for their whiskeys.