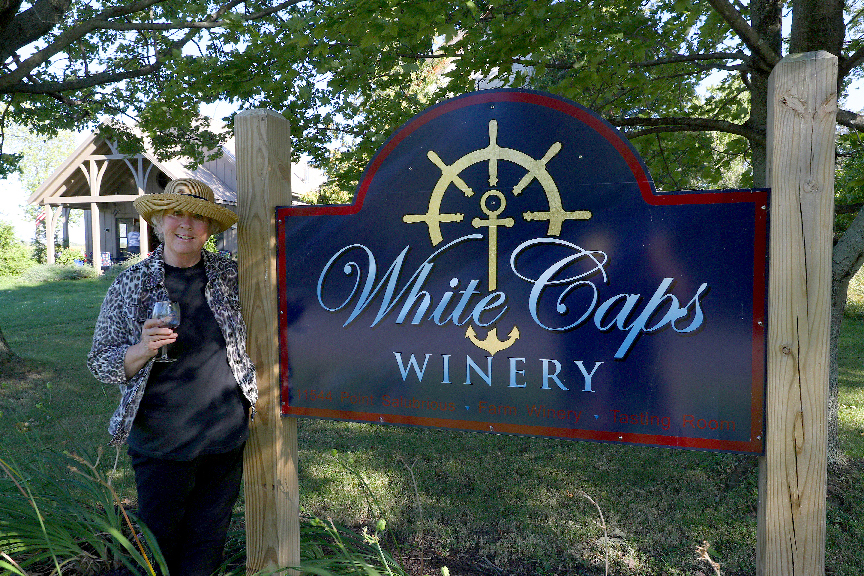 In late July former Gov. Andrew Cuomo signed legislation expanding the Thousand Islands-Seaway Wine Trail from its current seven wineries to nine wineries with the addition of the Cape Winery and the White Caps Winery.  The 78-mile trail that winds through the scenic Thousand Islands region was originally developed in 2007 and has been a key tool in developing the Northern New York wine industry through tourism growth.
Using the tag line: “It’s not California. It’s not Tuscany. It’s the Thousand Islands,” the region has seen an unprecedented growth since some of its first wineries began production almost 20 years ago.  This growth in the wine industry in northern New York was the result of research done at the University of Minnesota into high-quality, cold-hardy and disease resistant wine grapes in early 1996.  These cold-hardy varieties, can sustain production at temperatures up to 35° below zero, making them ideal for the North Country climate.

Gail Miller, owner of  White Caps Winery in Chaumont, which is built on farmland that has been in the family since 1812 is one of the two winery owners who worked over the course of the past three years with local legislative leaders to expand the wine trail.  Having lived in the Ithaca area for part of her life Gail was very familiar with the Finger Lakes Wine Trails and the influence those trails had on tourism and the wine industry.  She recognized the importance of placing her winery on the trail in Northern New York as a tool to reach out to new customers.  In talking with other winery owners in the region, Gail did realize that tourists do indeed look for the signage and take an interest in the tourism aspect of the Wine Trail.

State Sen. Patti Ritchie and State Assemblyman Mark Walczyk sponsored the legislation in each respective legislative house.  Ritchie stated in a press release in upon passage of the legislation that, “By extending the Thousand-Islands-Seaway Wine Trail we are putting these new wineries on the map and in turn, strengthening small businesses, creating jobs, encouraging more people to shop local and boosting tourism in the beautiful Thousand Islands region.”  Assemblyman Walczyk in press statement added, “not only will the extension showcase the area’s agribusinesses and help market them as tourist attractions in their own right, but it also helps give new lifeblood to the entire Thousand Islands corridor.”

For her part Gail stated, “I remember going out and doing the haying when I was a young girl here. Back then it was a small family dairy farm. So, it’s wonderful to see this property evolving into something that may allow us to maintain the farm and keep it in agriculture.”  Gail applauded the efforts of both Senator Ritchie and Assemblyman Walczyk in staying persistent with seeing this legislation passed.
If you would like to learn more about North Country wineries you can visit the website for the wine trail.