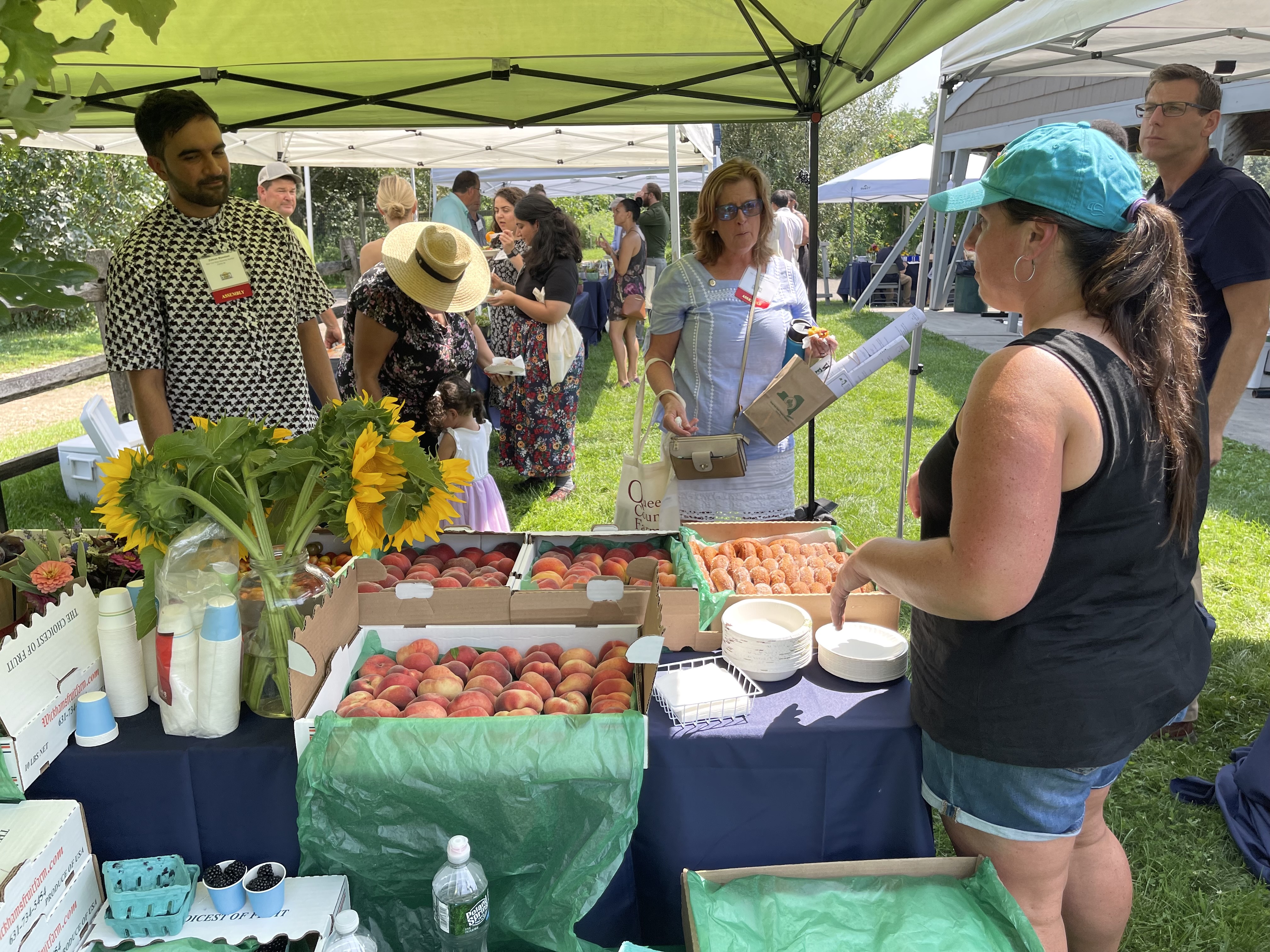 The special event for elected officials in New York City highlighted the importance of agriculture and the need to support farms and local food production in urban and rural areas all across the state, especially in light of the food system challenges identified in the pandemic.

New York Farm Bureau and the Queens County Farm Museum held a successful reception Wednesday, August 11, to connect federal, state and city lawmakers with farmers from upstate New York and Long Island. The event held at the historic museum and working farm in Queens was a unique opportunity to learn from each other on how to strengthen the state’s food system and support farmers who provide local food.

The event brought thought leaders, policy makers and farmers together to discuss the importance of New York agriculture and how public policy can support the needs of the farming community and improve food access for communities in the city. More than two dozen elected officials, staff members and business representatives, including, New York State Senators and Assembly Members, New York City Council Members, and borough officials, sampled New York food produced by the farmers and the Queens County Farm Museum. Fruits, vegetables, dairy, and forest products filled the tables as the guests mingled for the two-hour event.

Some of the topics discussed included the ability to move excess farm products through programs like Nourish New York to communities in need, existing challenges from the COVID-19 pandemic, better broadband access, labor issues, and mental health support.

In addition, New York Farm Bureau donated a stack of books geared toward every reading level to the Con Edison Reading room at Queens Farm. The books focus on agricultural education to help visitors better understand where their food comes from and how it is produced. The donation was part of a grant through the American Farm Bureau Federation. In addition, the grant provides funding for an outdoor exhibit on New York State agriculture detailing the importance and diversity of New York farms.

New York Farm Bureau staff first visited the Queens County Farm Museum during a tour in 2019 with Senate Labor Chair Jessica Ramos, who represents her district in Queens. The museum is one of the longest continually farmed sites in New York State, producing food for over three centuries and educating hundreds of thousands of people every year. New York Farm Bureau is the largest general farm organization in the state. Five of its state board directors and about dozen members of New York Farm Bureau took part in yesterday’s event.

“The event was a big success generating many positive discussions about issues facing food insecurity and our family farms. I believe we have a lot in common.  We all want to make sure everyone has access to healthy, fresh food. We all want the ability to keep food production in New York State, to reduce how far food must travel, and to have farms that can produce local food that is affordable and competitive with products coming from other states and countries. New York Farm Bureau looks forward to continuing the conversations, and I would like to thank the Queens County Farm Museum and everyone who attended for their participation and enthusiasm to work together,” said David Fisher, New York Farm Bureau president.

“Queens Farm has been continuously farmed since 1697 as New York City grew around it.  Its place in the community has changed over the centuries and now more than ever Queens Farm’s public service is in demand:  to grow more food to feed hungry New Yorkers, to connect New York State agriculture with New York City and to continue to educate and grow environmental citizens.  Together with the New York Farm Bureau and our friends in all levels of government we can work on these initiatives to build a stronger, healthier food system and help every New Yorker put food on their table, one fork at a time,” said Jennifer Walden Weprin, Executive Director of the Queens County Farm Museum.